Tons of Awesome Beautiful Quotes to Download for Free. 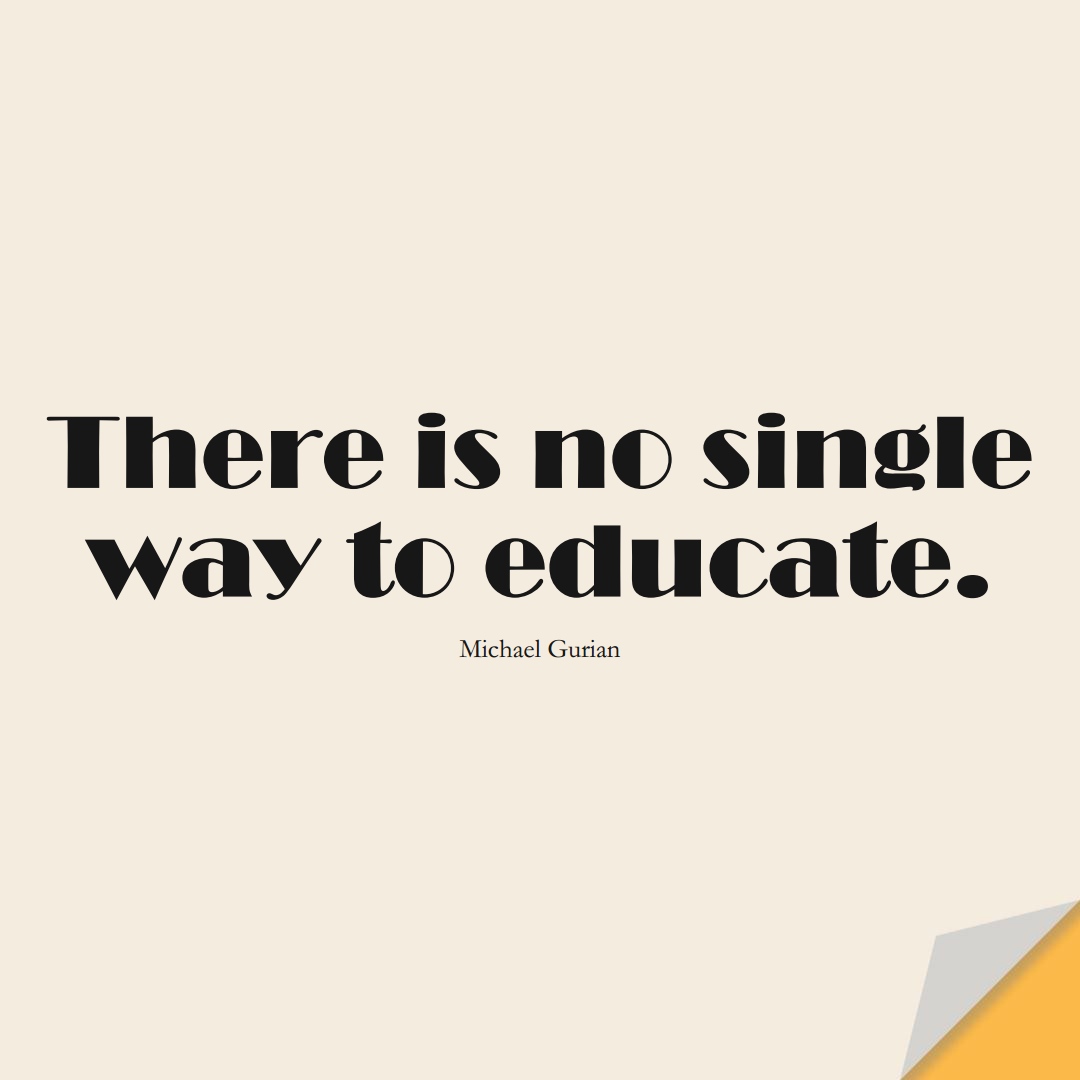 2. "Children just need the time, the space, and the permission to be kids." (Angela Hanscom) Click to tweet 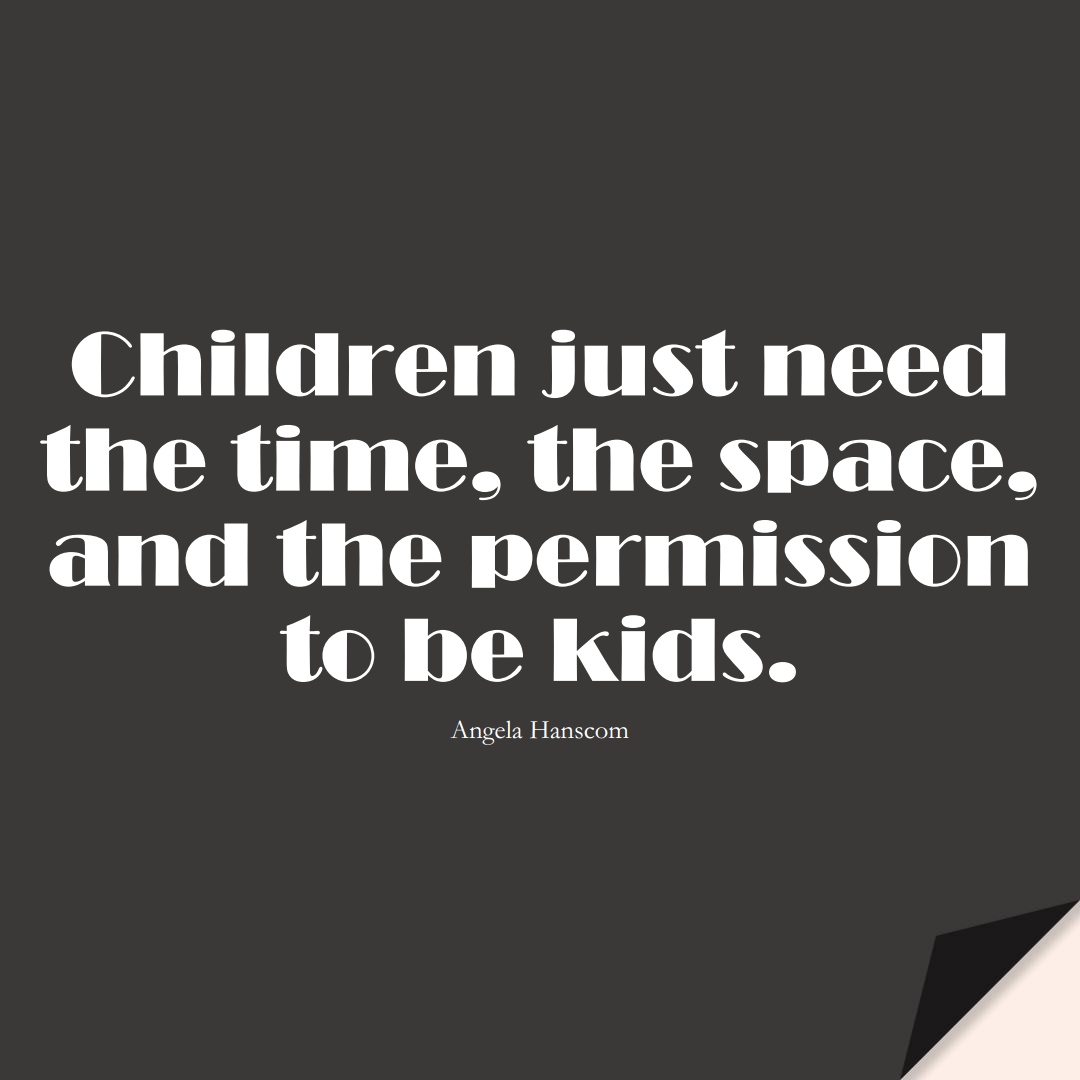 3. "We should not teach children the sciences but give them a taste for them." (Jean Jacques Rousseau) Click to tweet 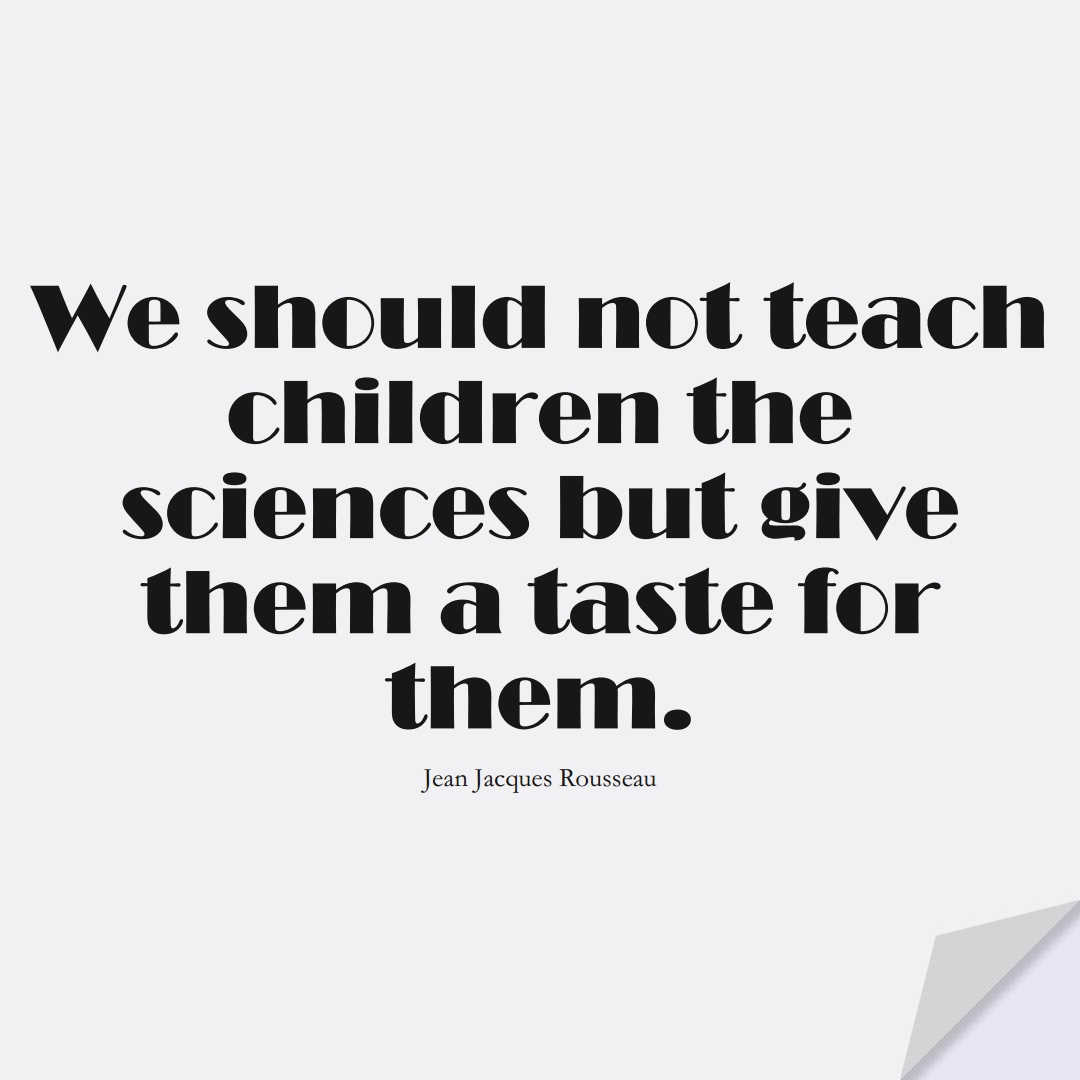 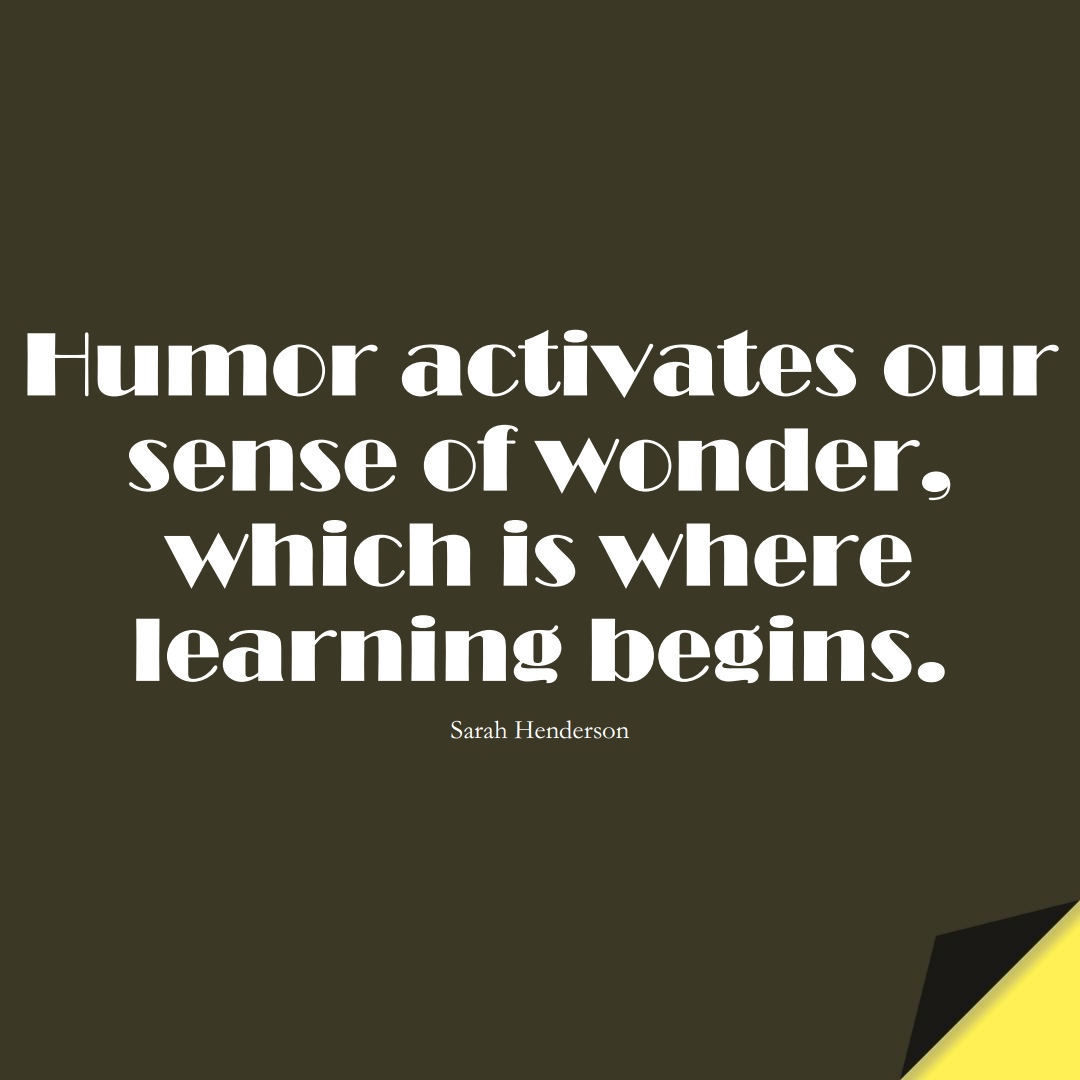 5. "Developing a desire to learn is the kindling point of all classroom achievement." (Robert John Meehan) Click to tweet 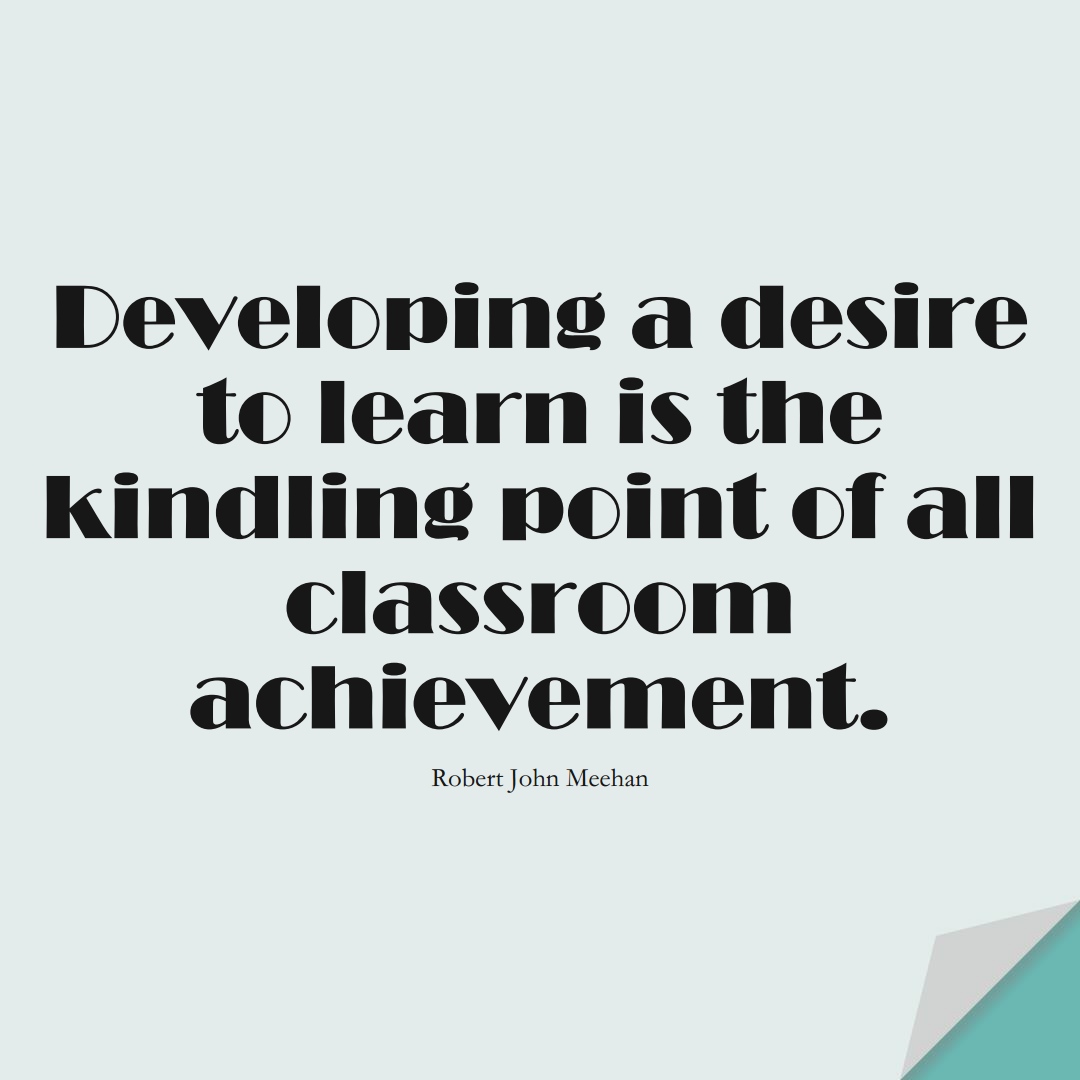 6. "The first condition of education is being able to put someone to wholesome and meaningful work." (John Ruskin) Click to tweet 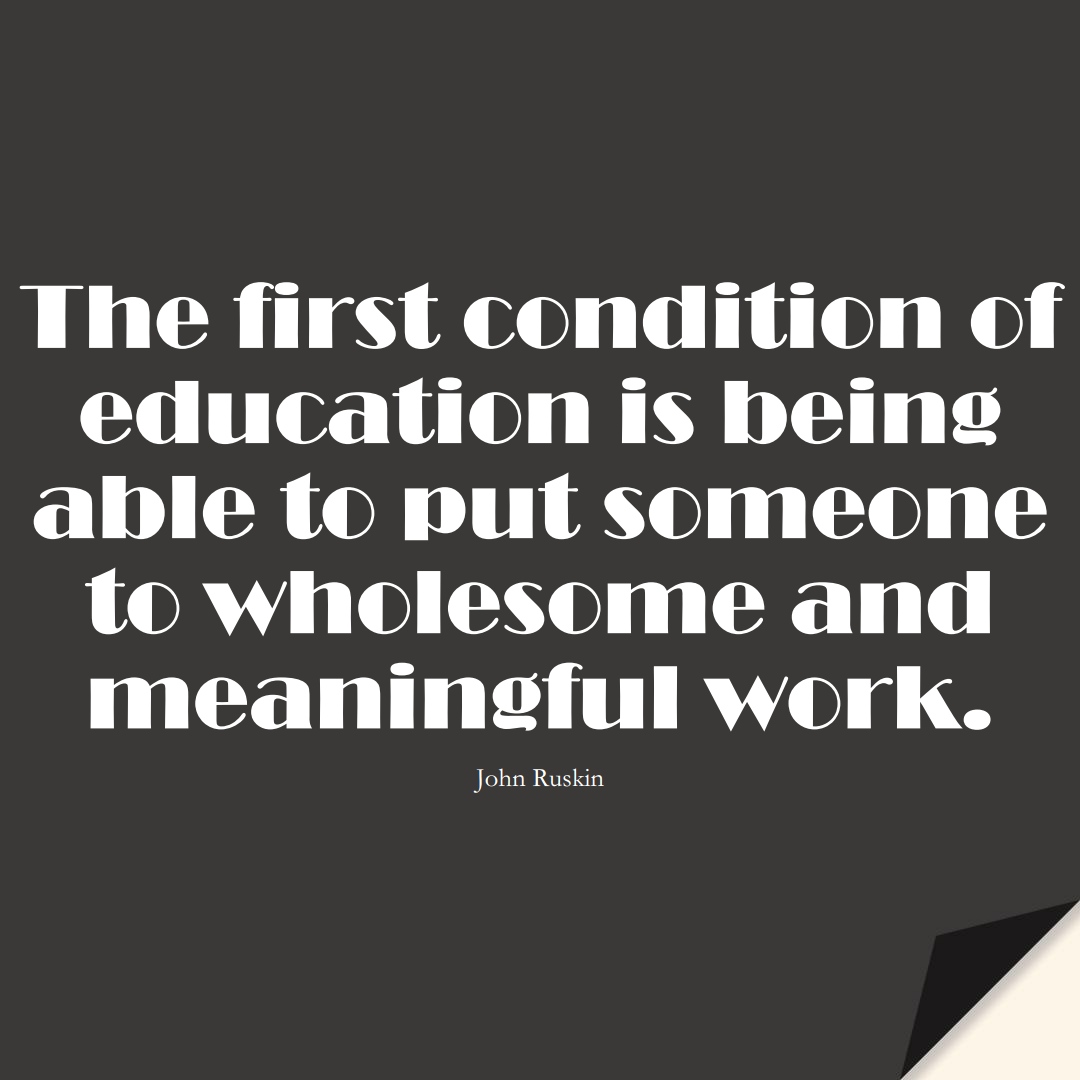 7. "Children have to be educated, but they have also to be left to educate themselves." (Ernest Dimnet) Click to tweet 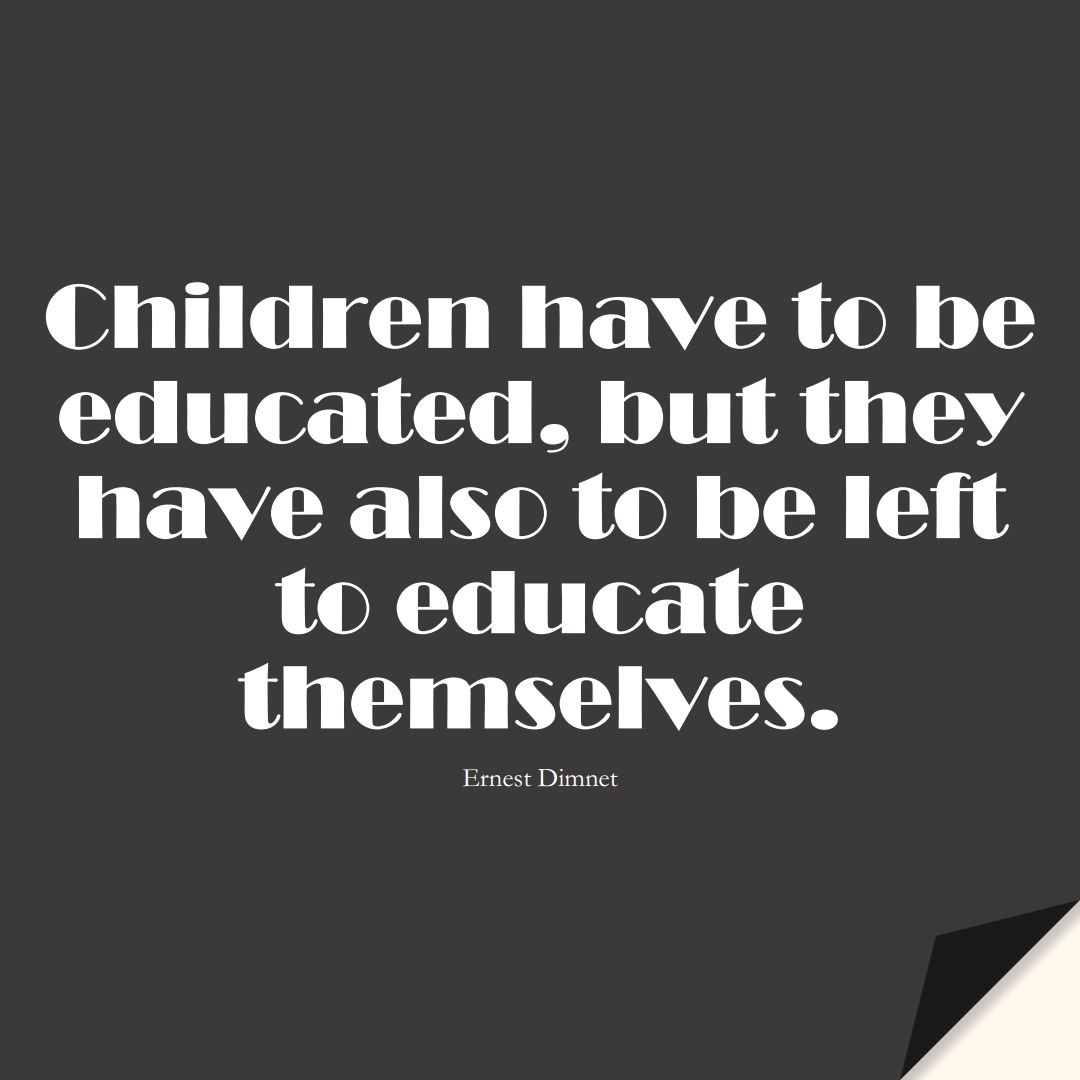 8. "Example is the school of mankind, and they will learn at no other." (Edmund Burke) Click to tweet 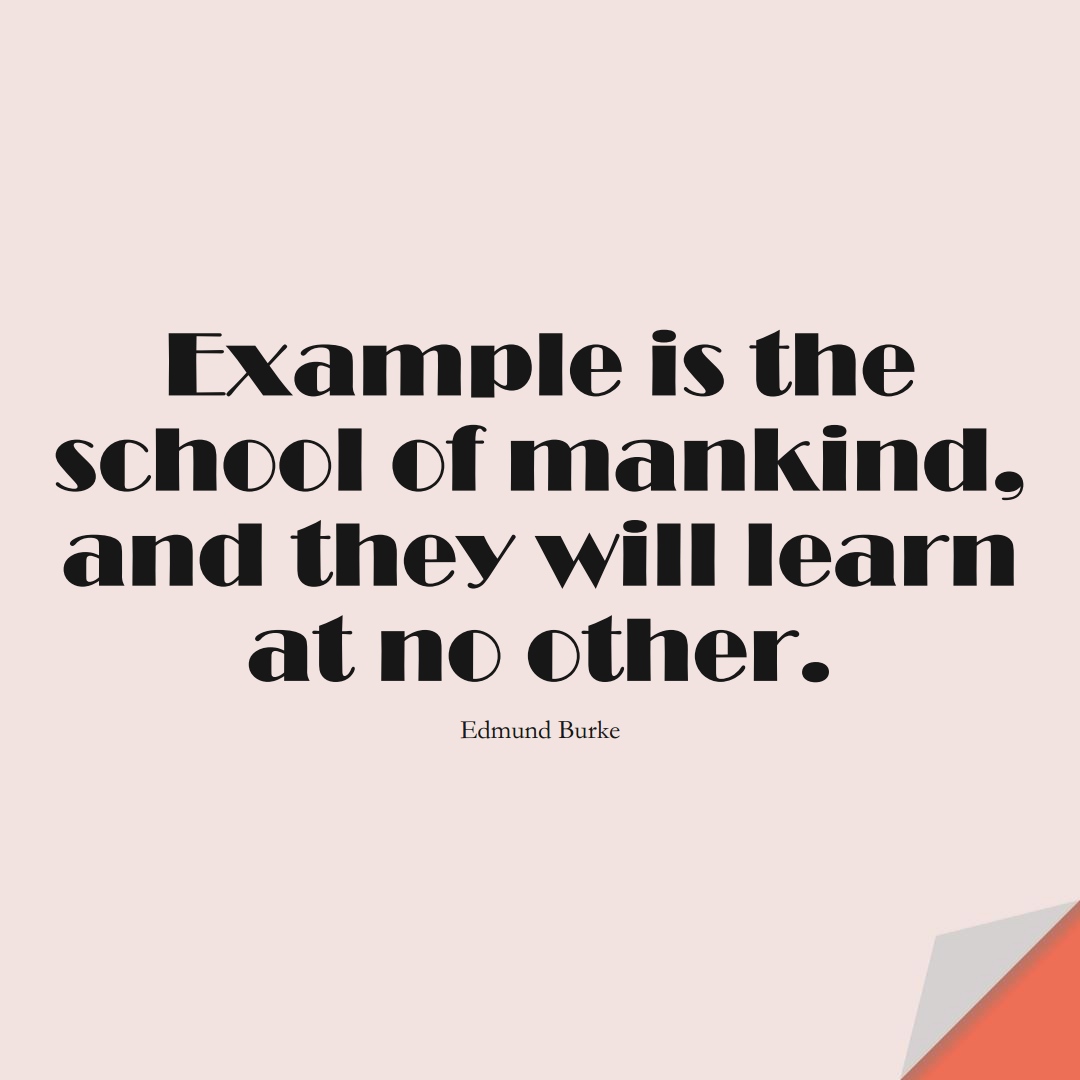 9. "Art in the classroom not only spurs creativity, it also inspires learning." (Mickey Hart) Click to tweet 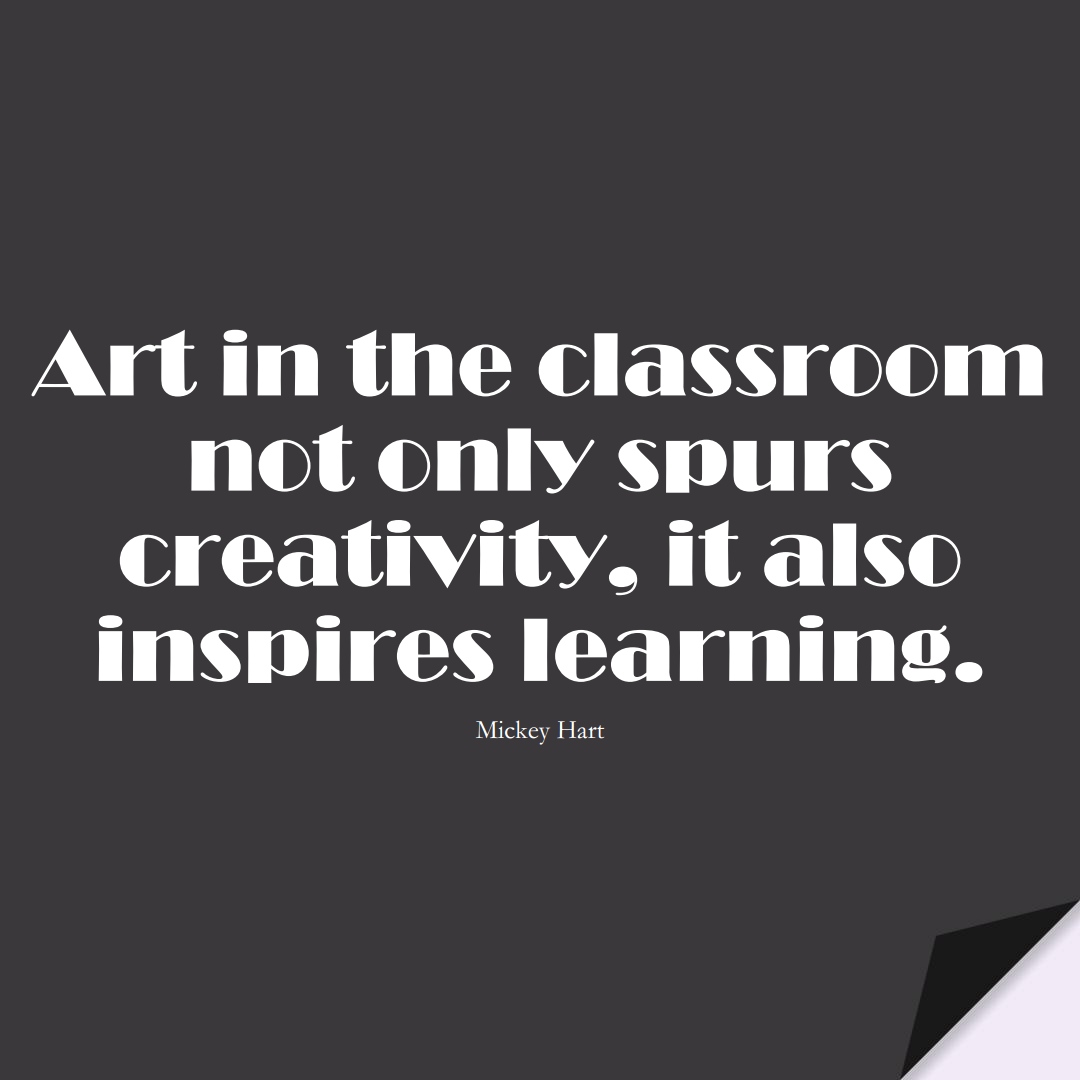 10. "The job of an educator is to teach students to see the vitality in themselves." (Joseph Campbell) Click to tweet 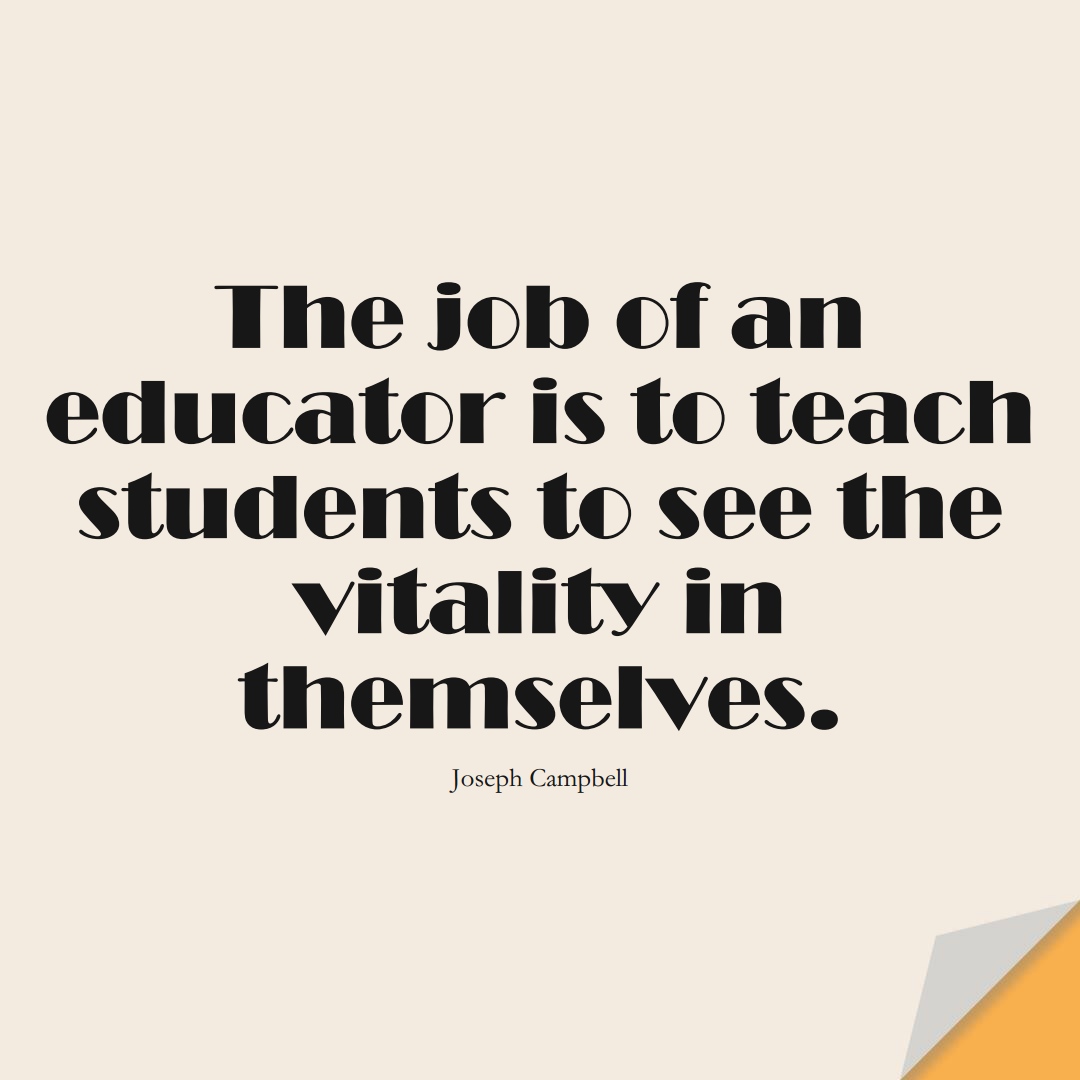 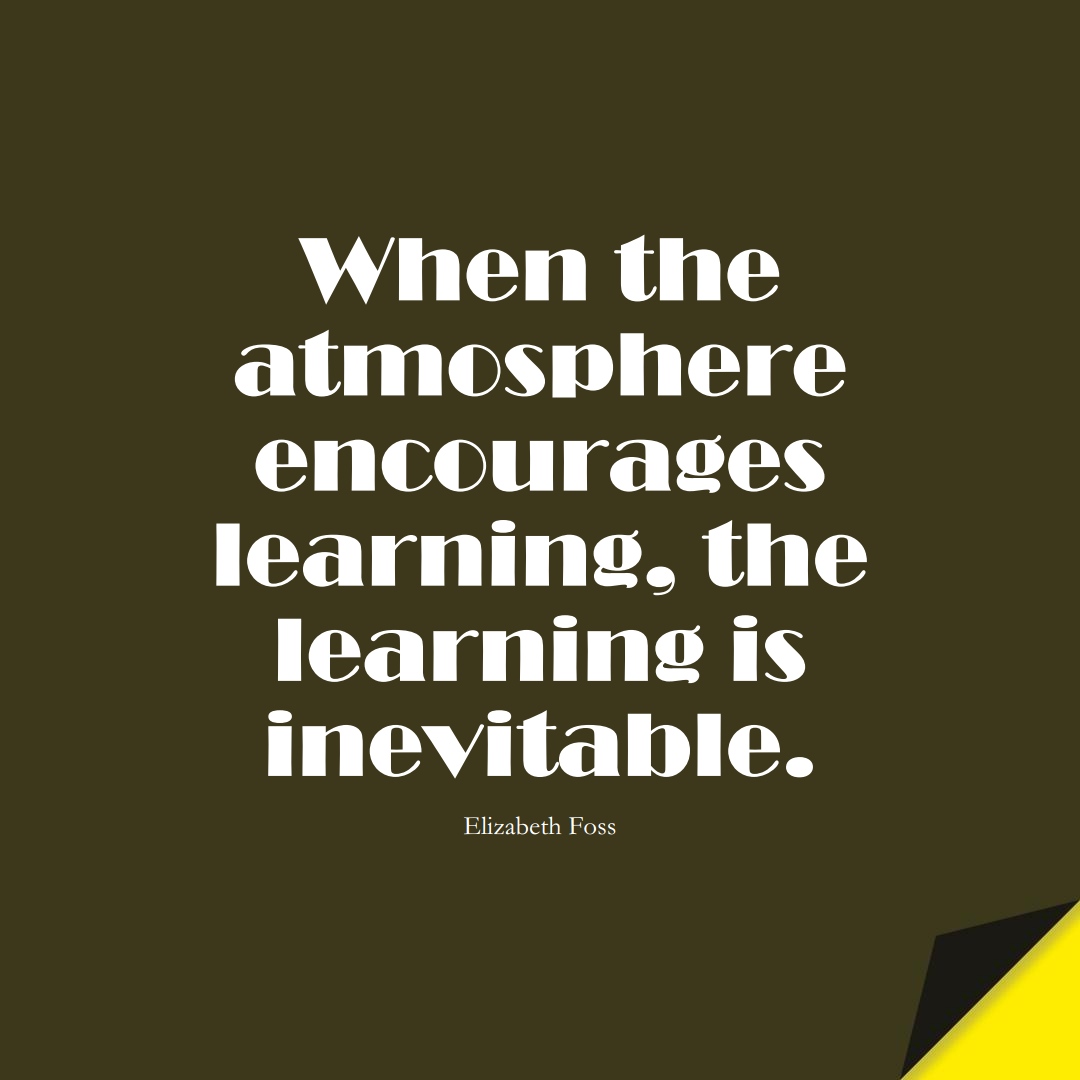 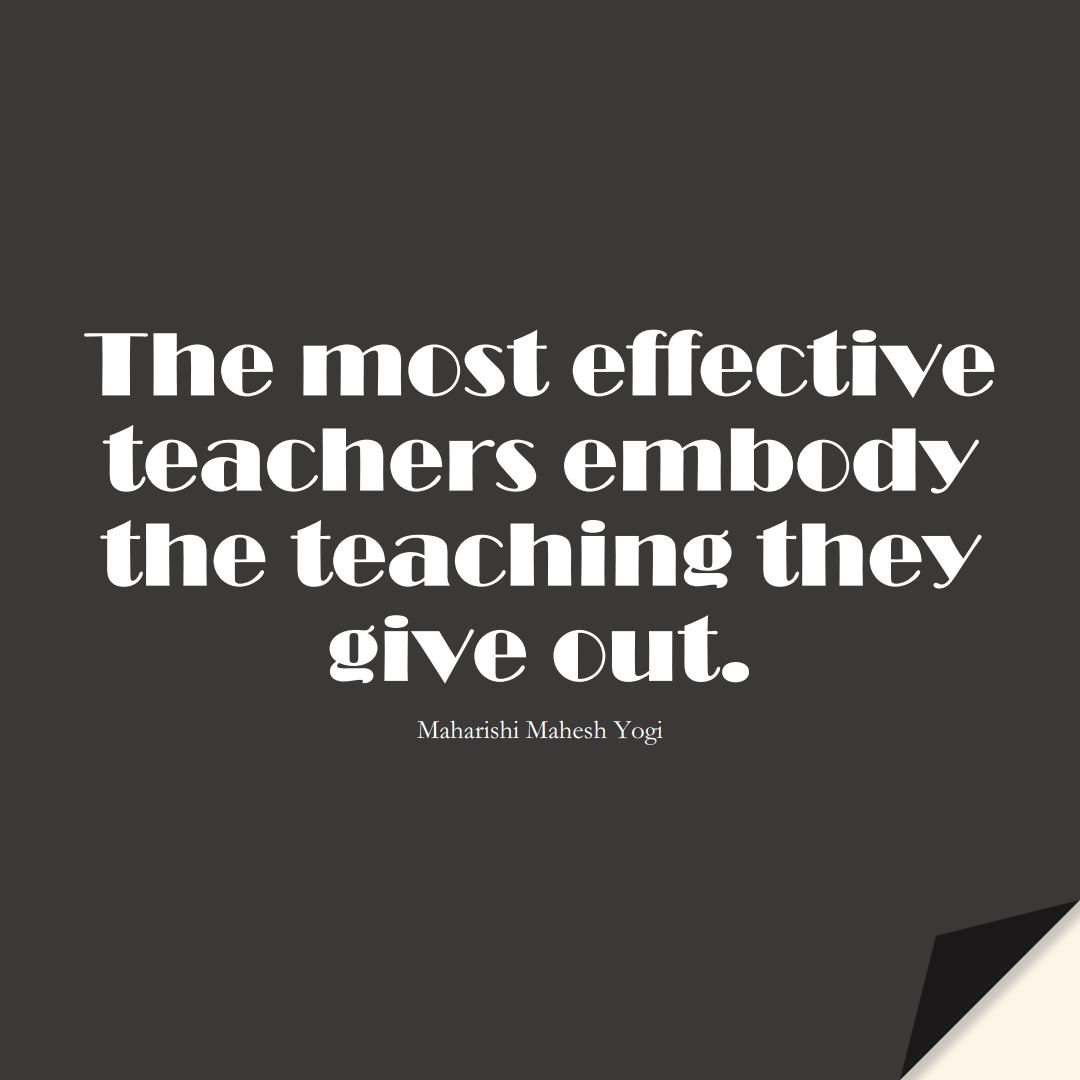 13. "A teacher’s job is to take a bunch of live wires and see that they are well-grounded." (D. Martin) Click to tweet 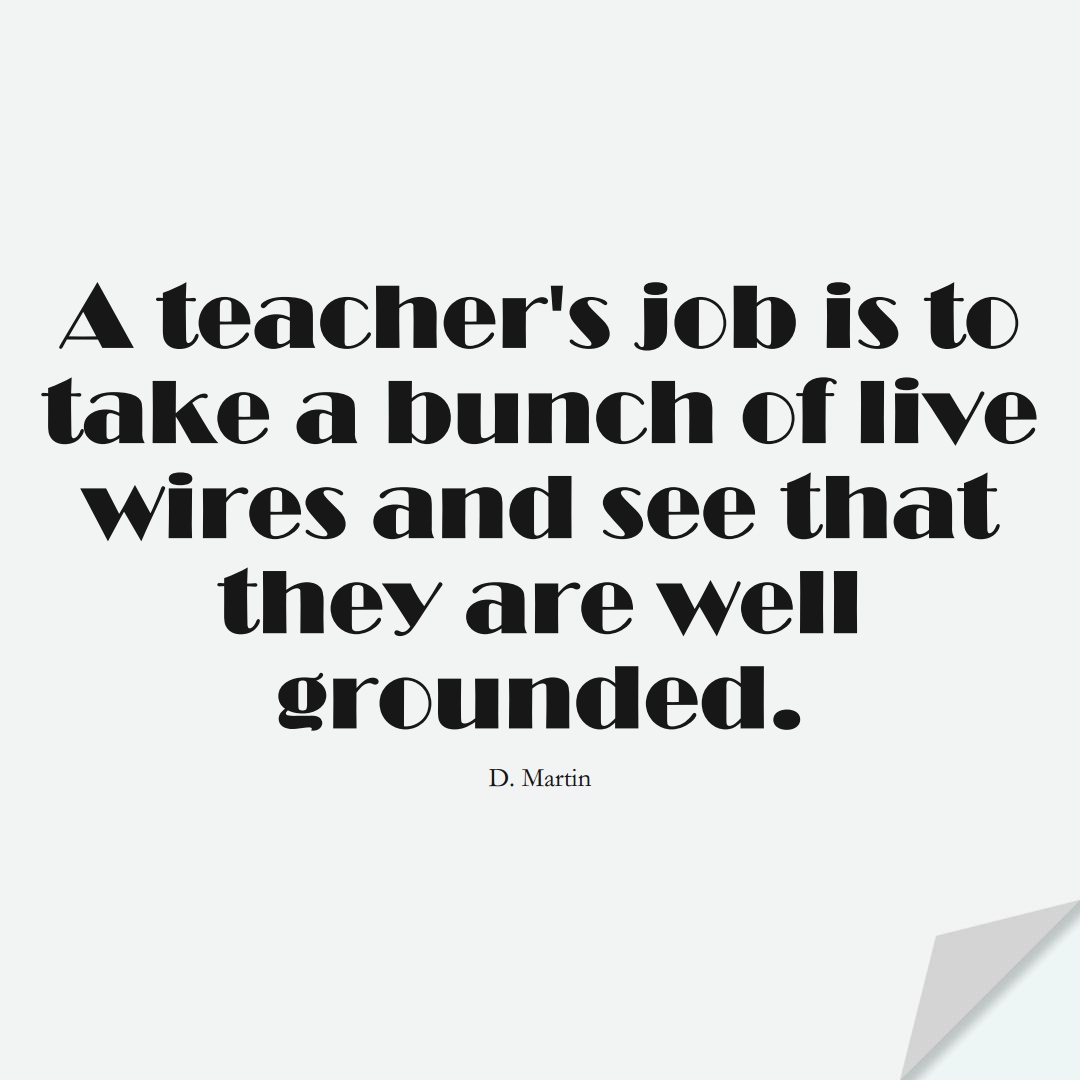 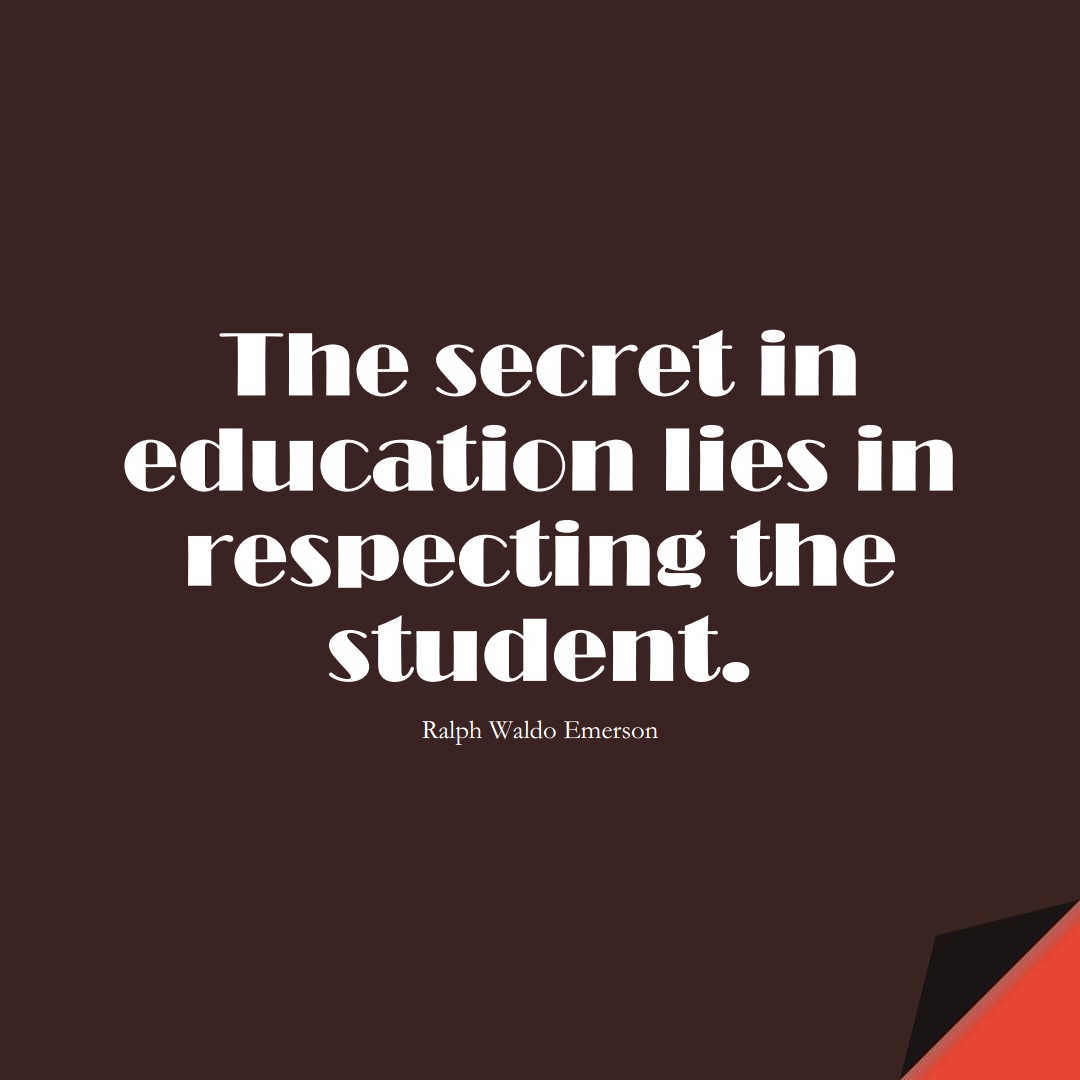 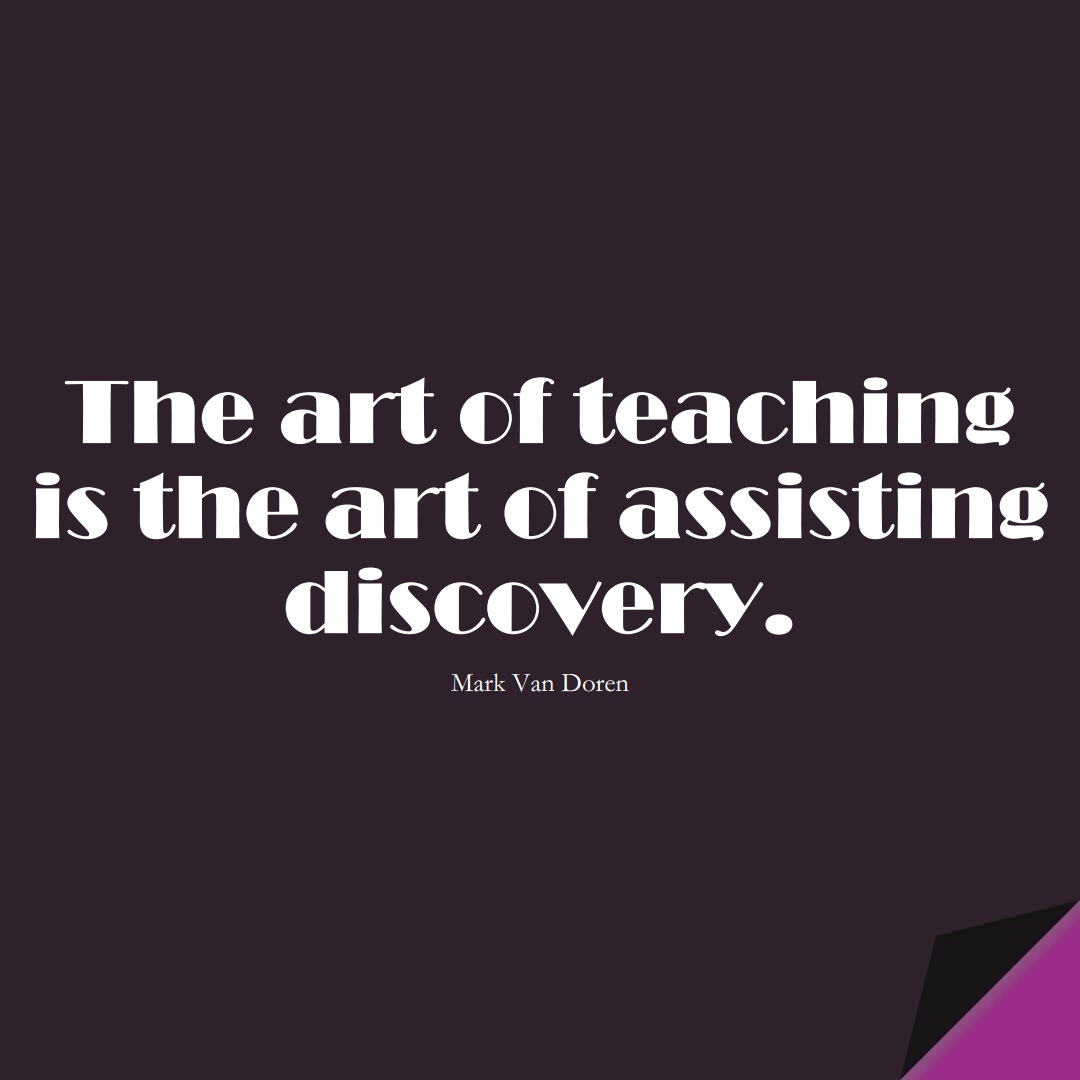 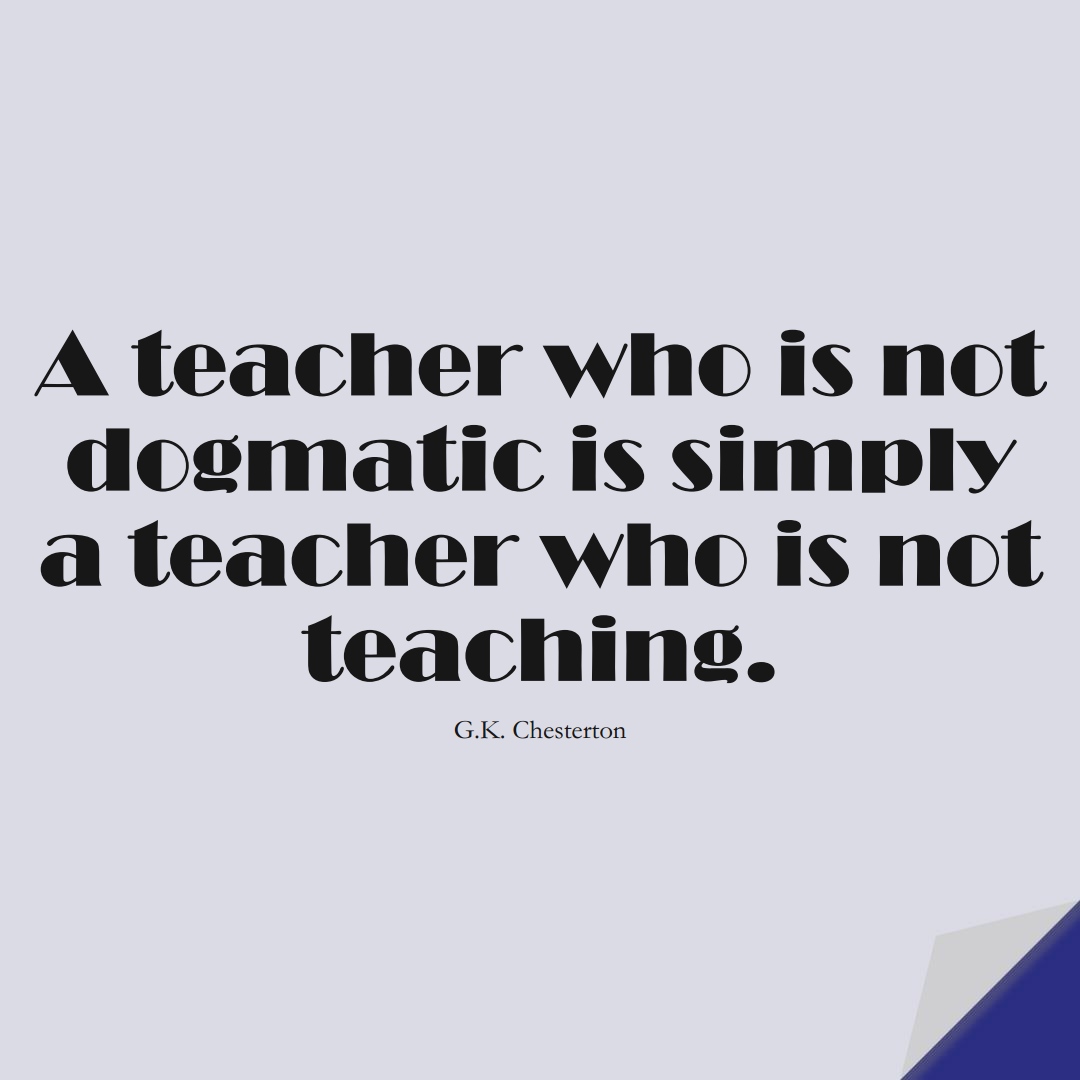 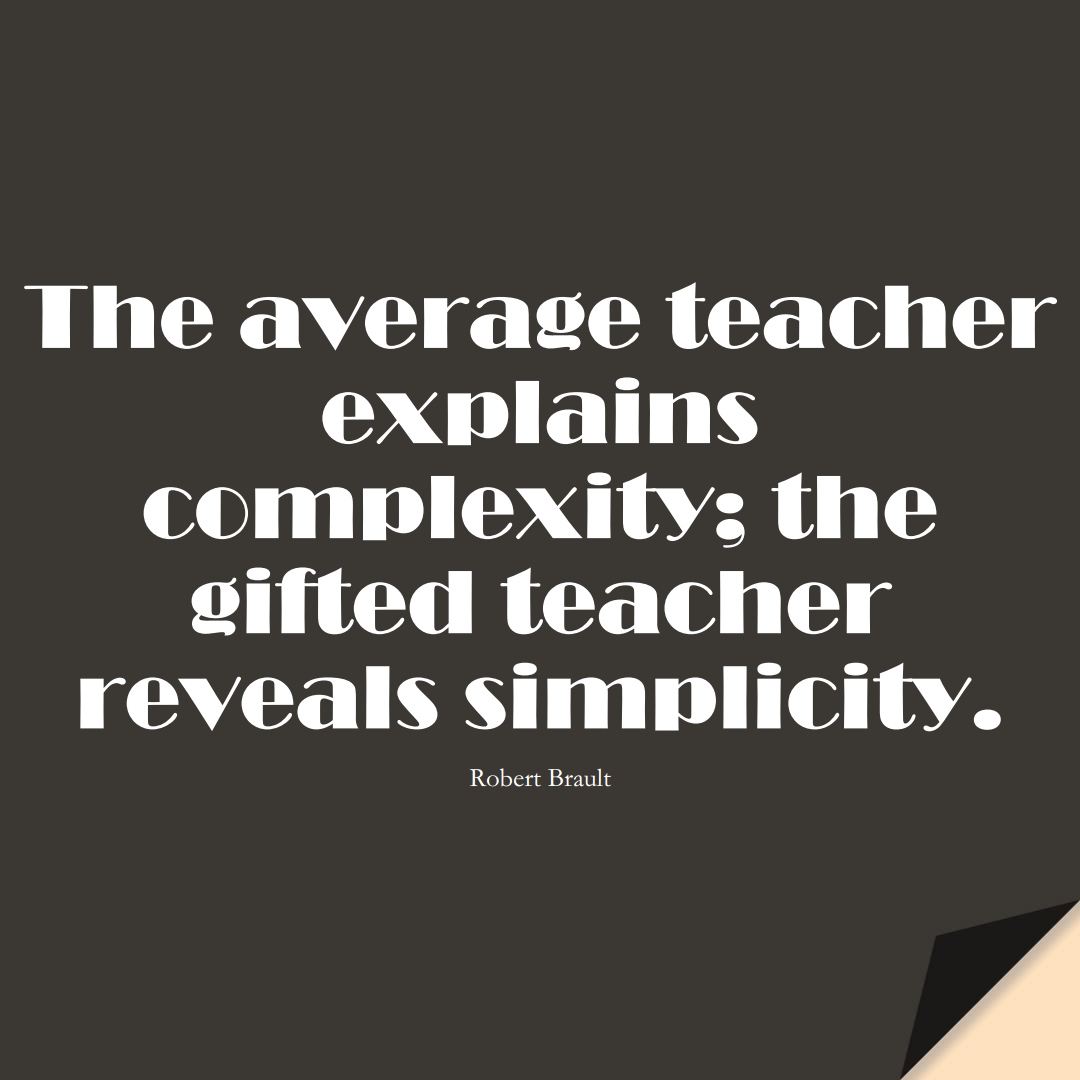 18. "A child seldom needs a good talking to as a good listening." (Robert Brault) Click to tweet 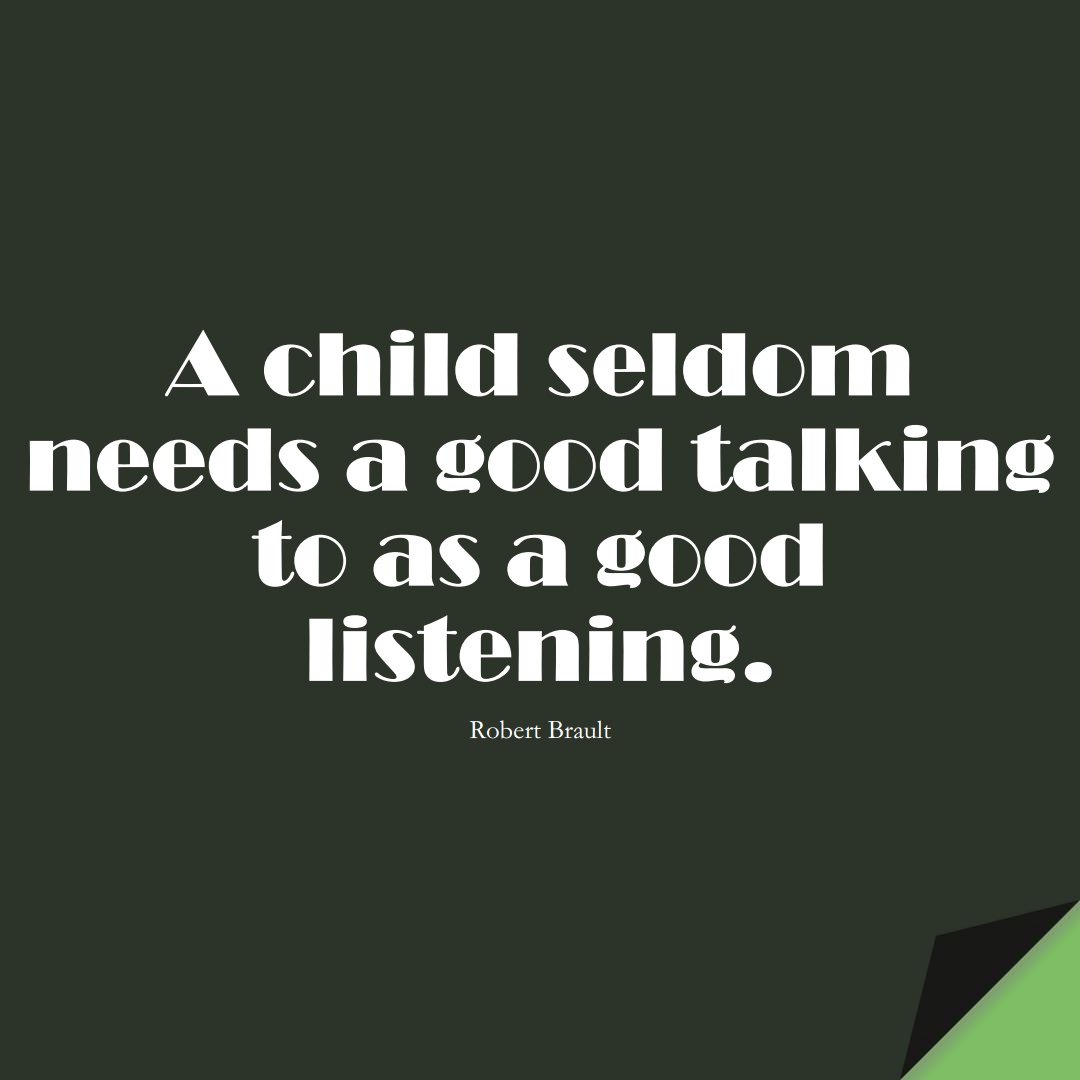 19. "As a teacher, my strategy is to encourage questioning. I’m the least authoritarian professor you’ll ever meet." (Niall Ferguson) Click to tweet 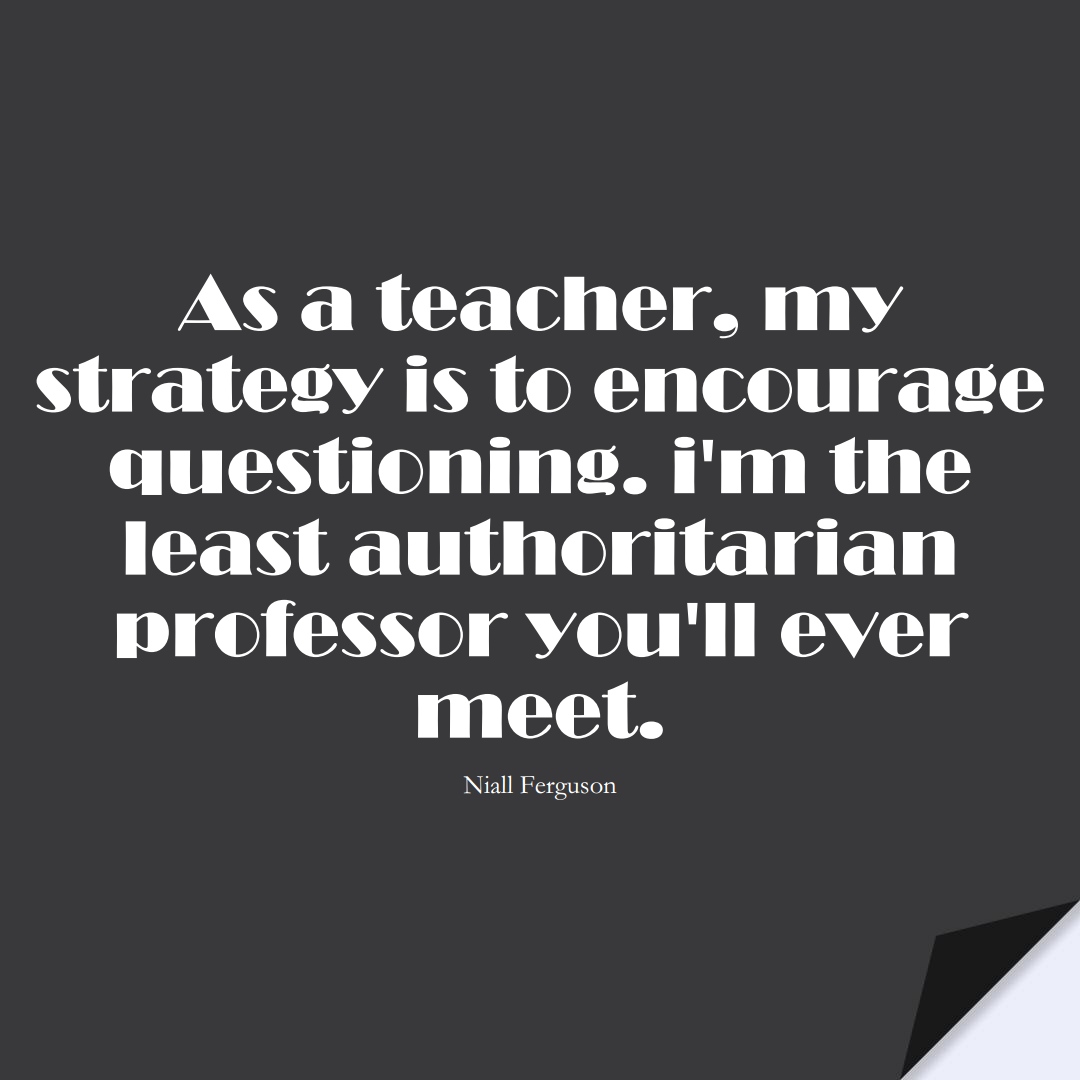 20. "Our job is not to prepare students for something. Our job is to help students prepare themselves for anything." (A.J. Juliani) Click to tweet 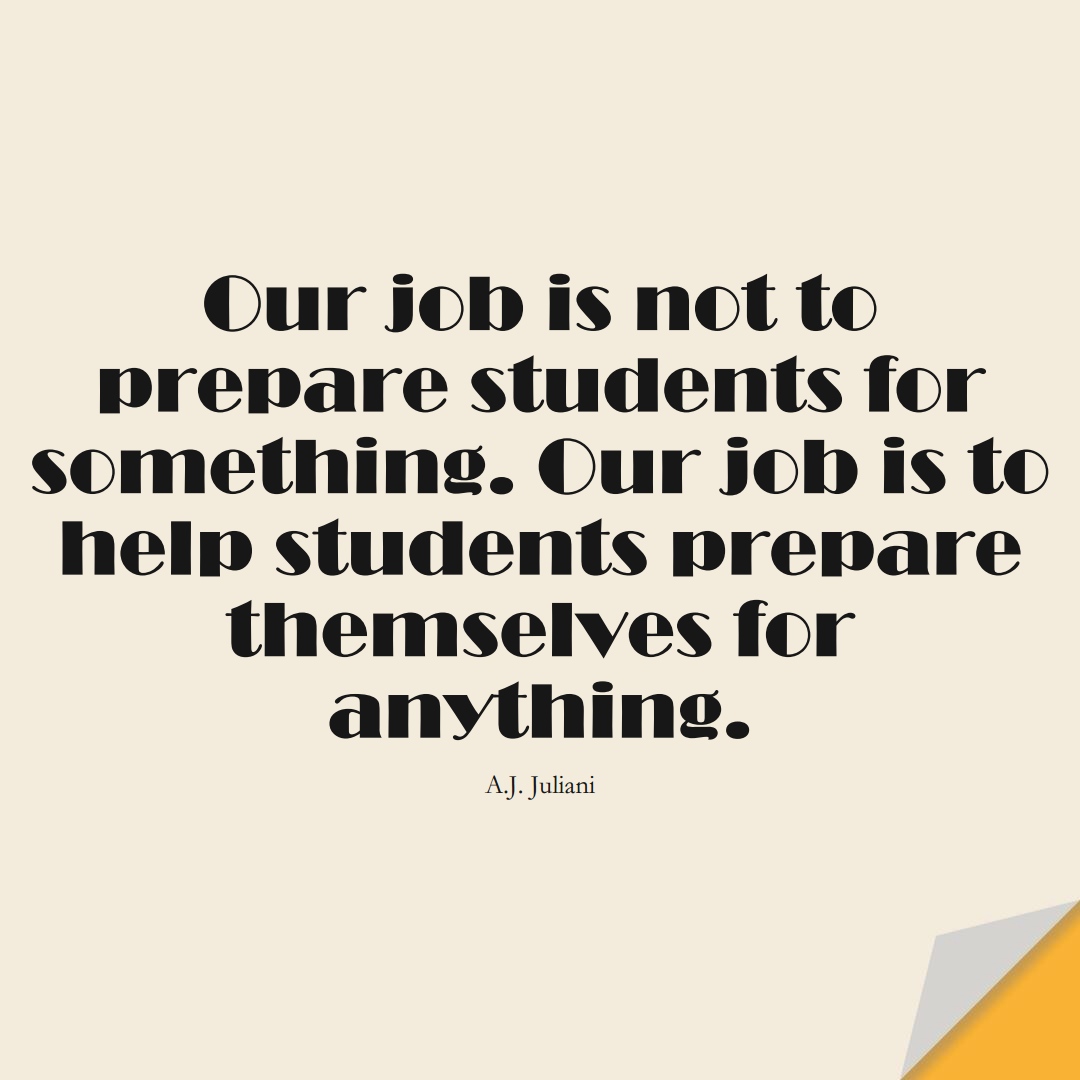 21. "The teacher who is indeed wise does not bid you to enter the house of his wisdom but rather leads you to the threshold of your mind." (Khalil Gibran) Click to tweet 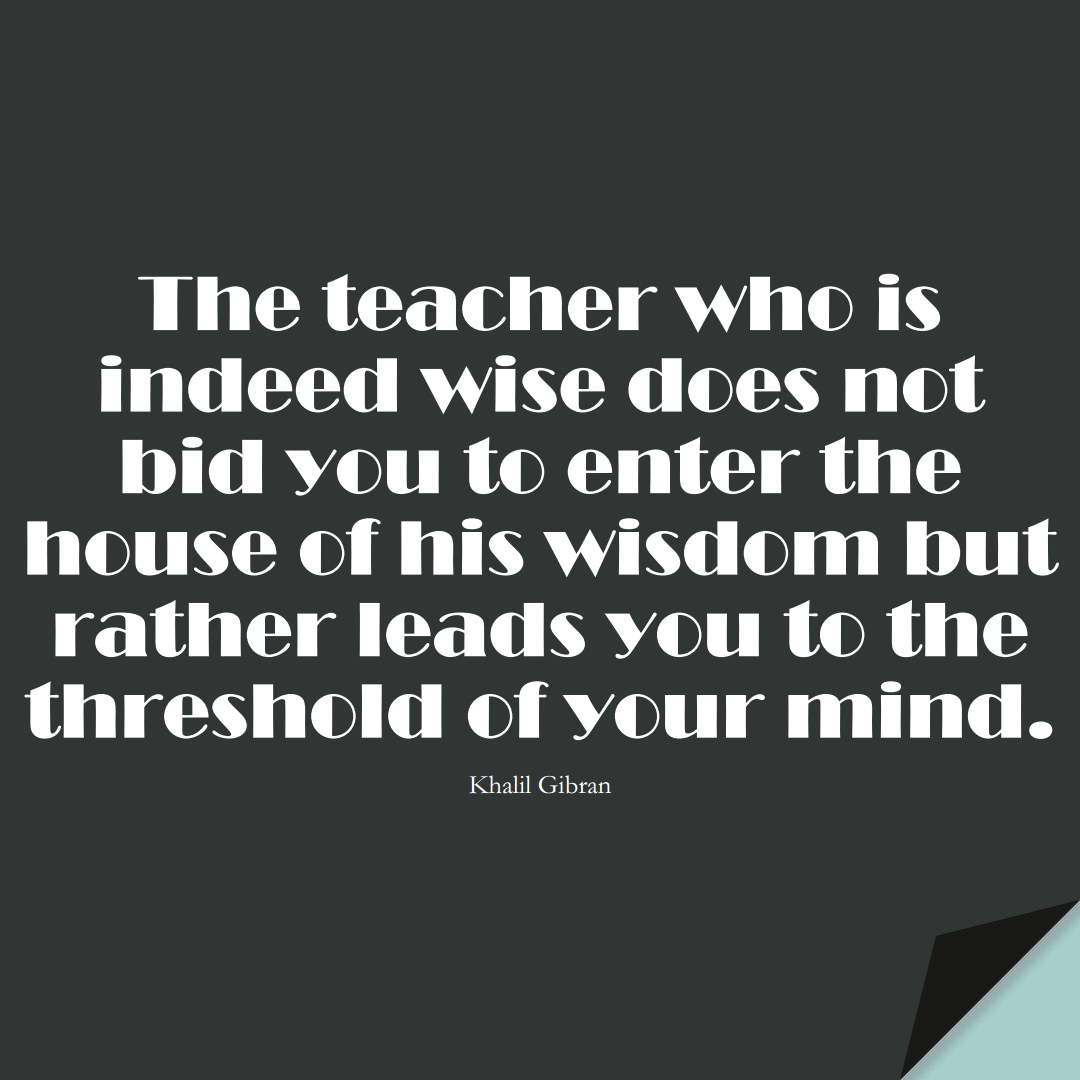 22. "Teachers started recognizing me and praising me for being smart in science and that made me want to be even smarter in science!" (Steve Wozniak) Click to tweet 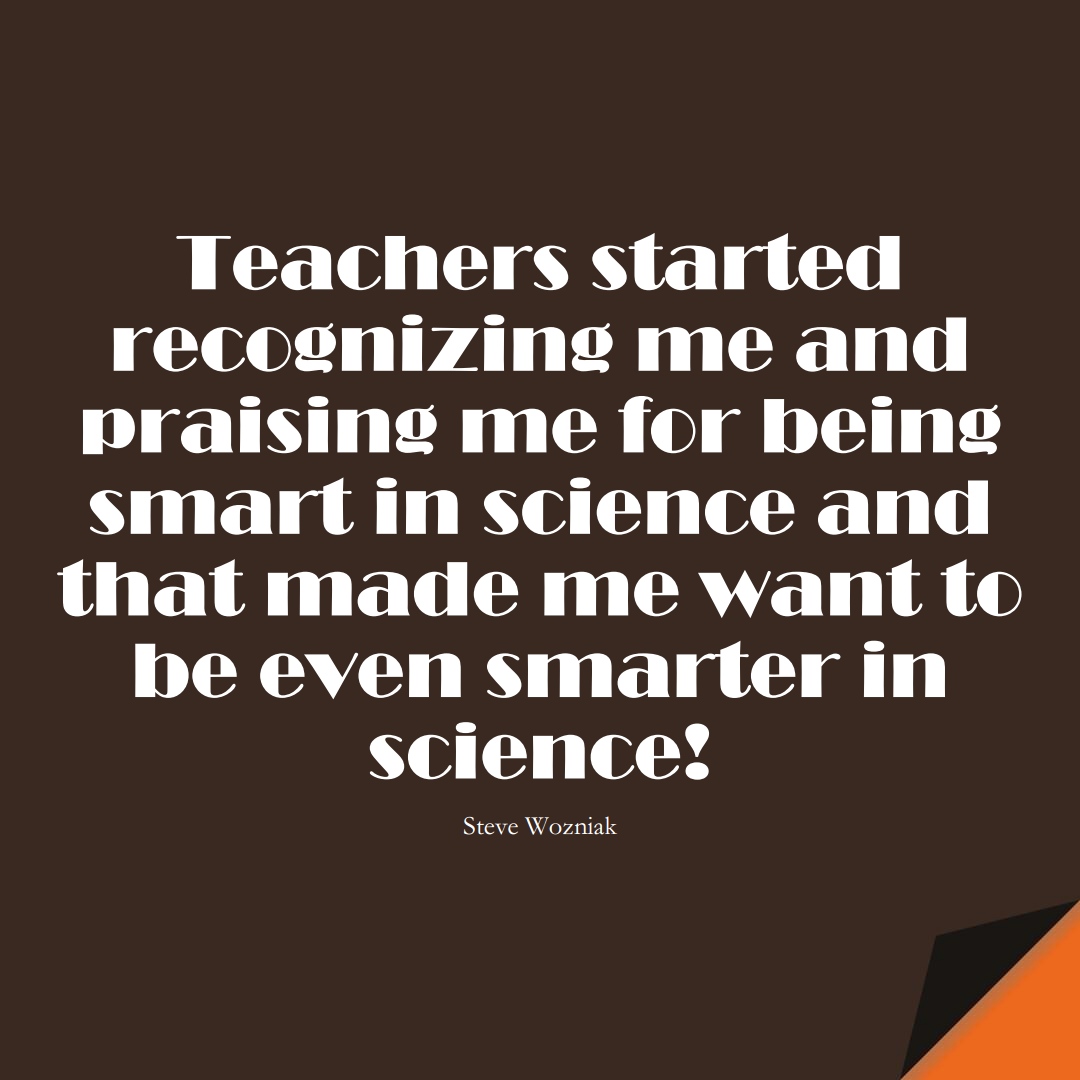 23. "Treat people as if they were what they ought to be, and you help them to become what they are capable of becoming." (Johann Wolfgang von Goethe) Click to tweet 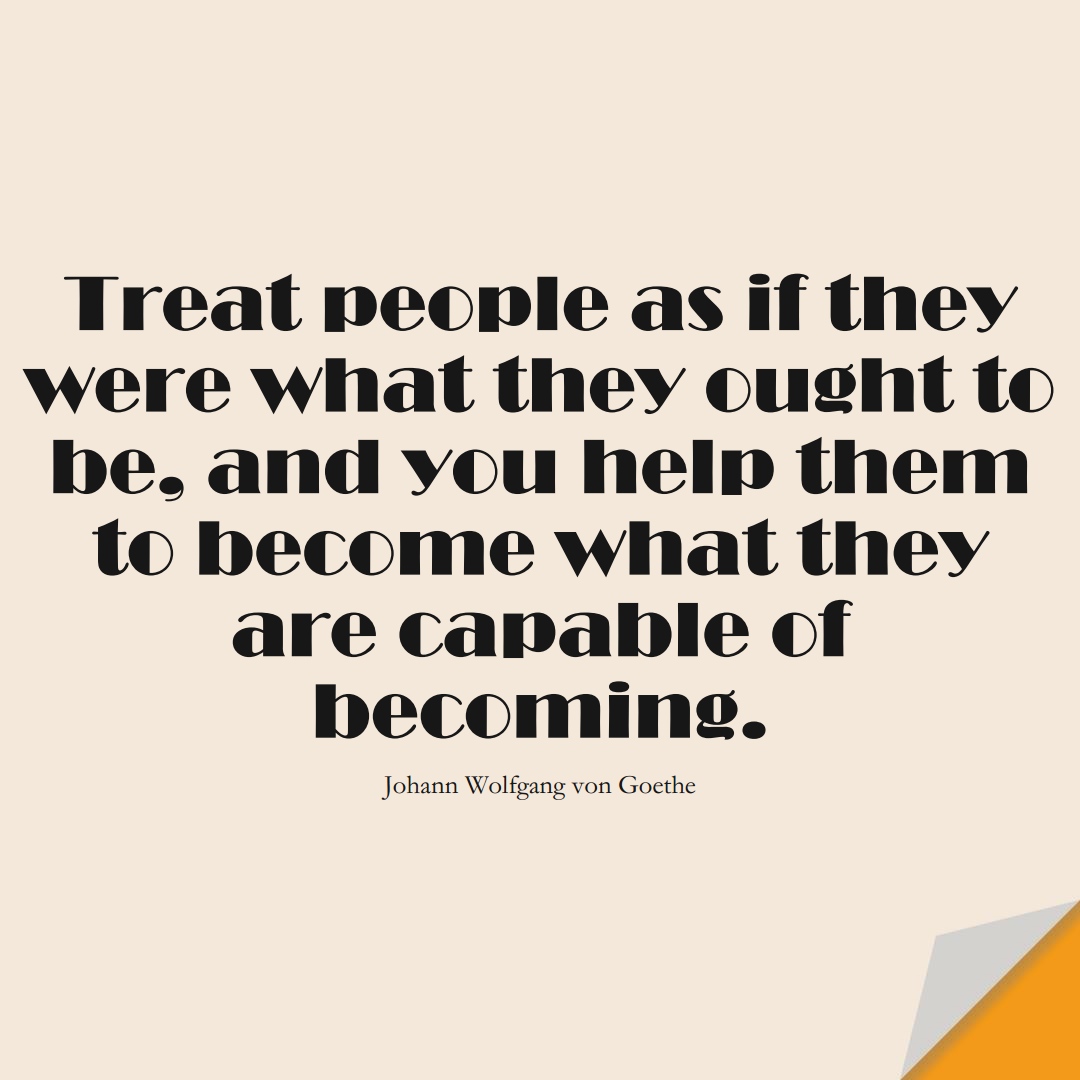 24. "The whole art of teaching is only the art of awakening the natural curiosity of young minds for the purpose of satisfying it afterwards." (Anatole France) Click to tweet 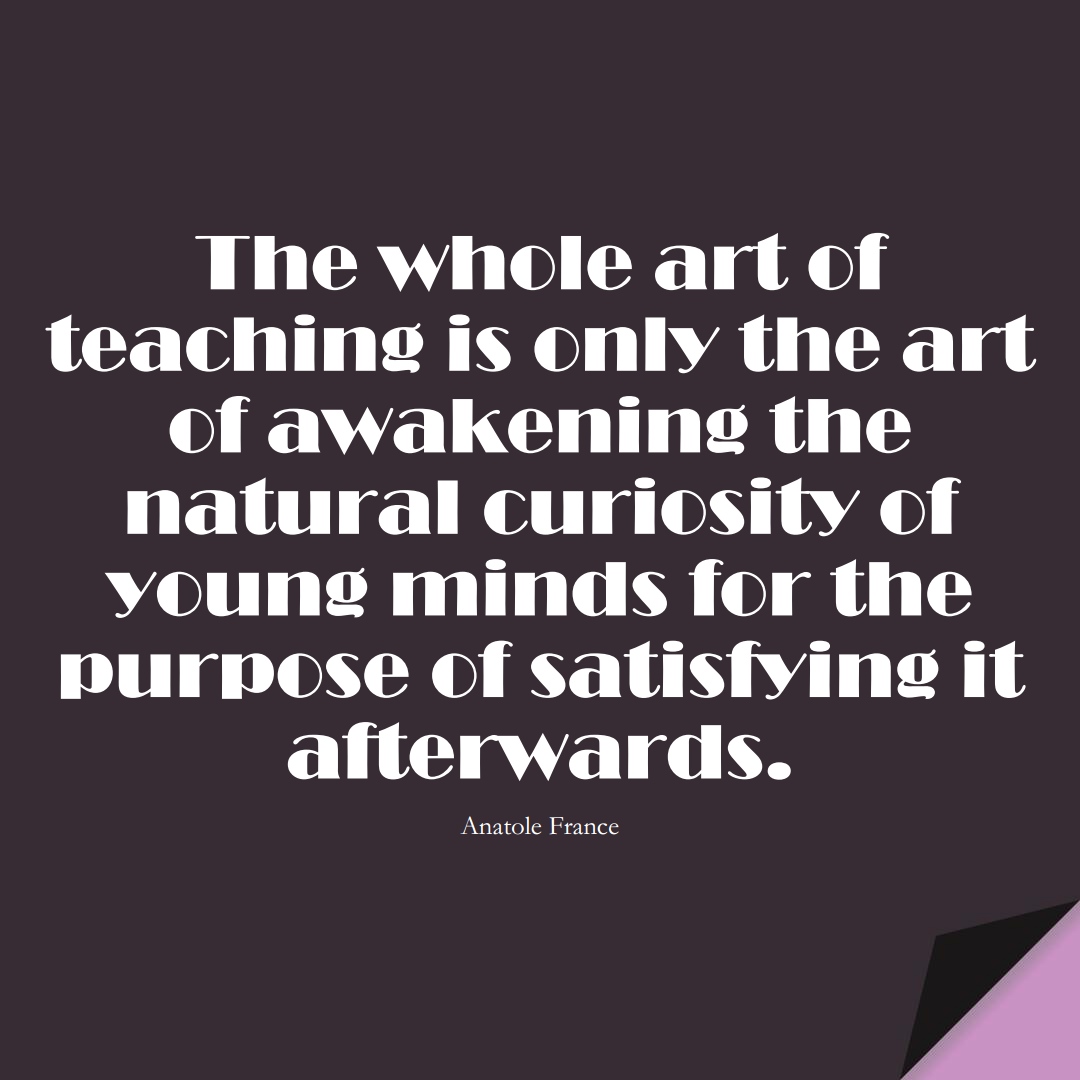 25. "Rather than jumping straight into the answers, let’s try to start students off with the sort of questions that encourage them to do their own seeking." (Marianne Stenger) Click to tweet 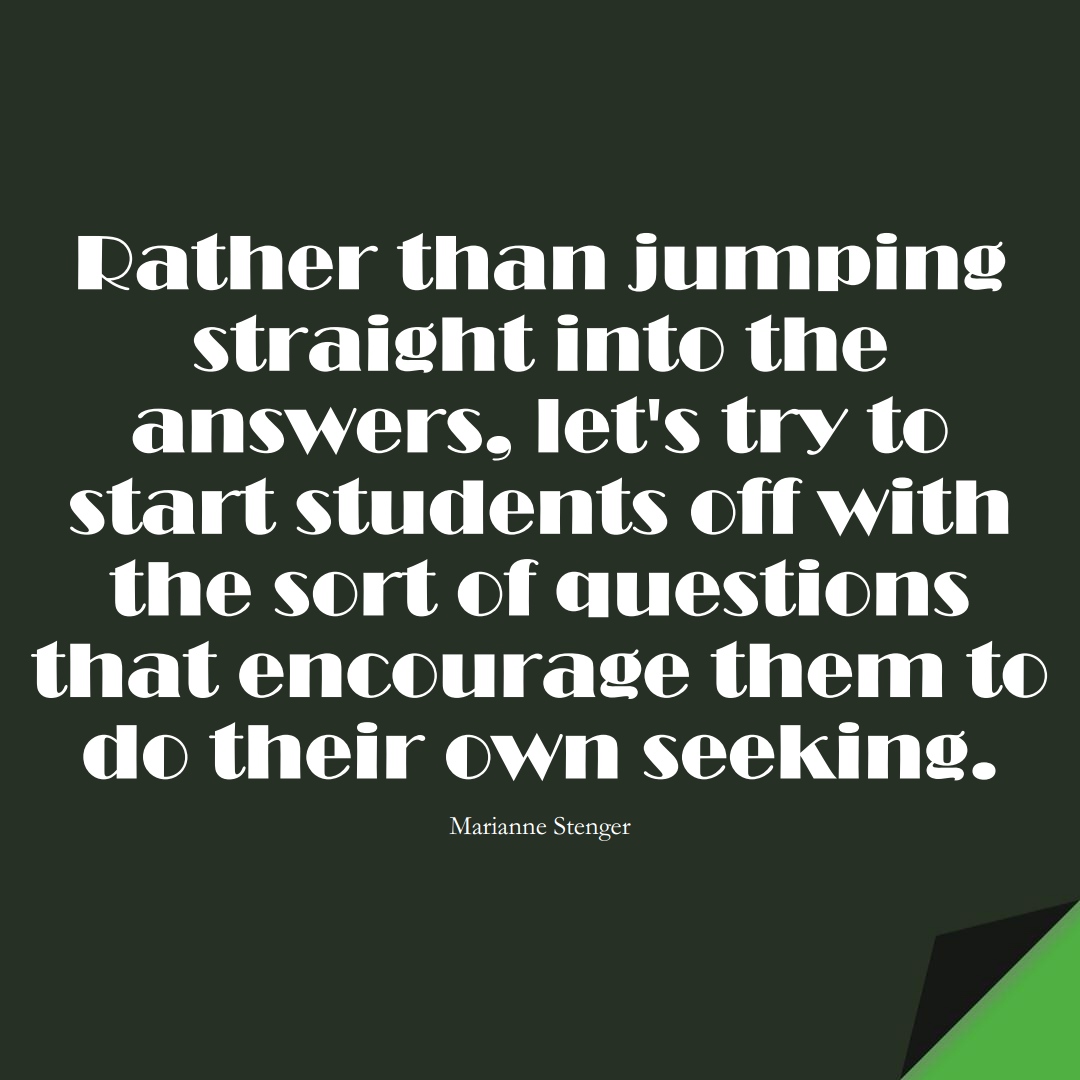 26. "The dream begins with a teacher who believes in you, who tugs and pushes and leads you to the next plateau, sometimes poking you with a sharp stick called "truth"." (Dan Rather) Click to tweet 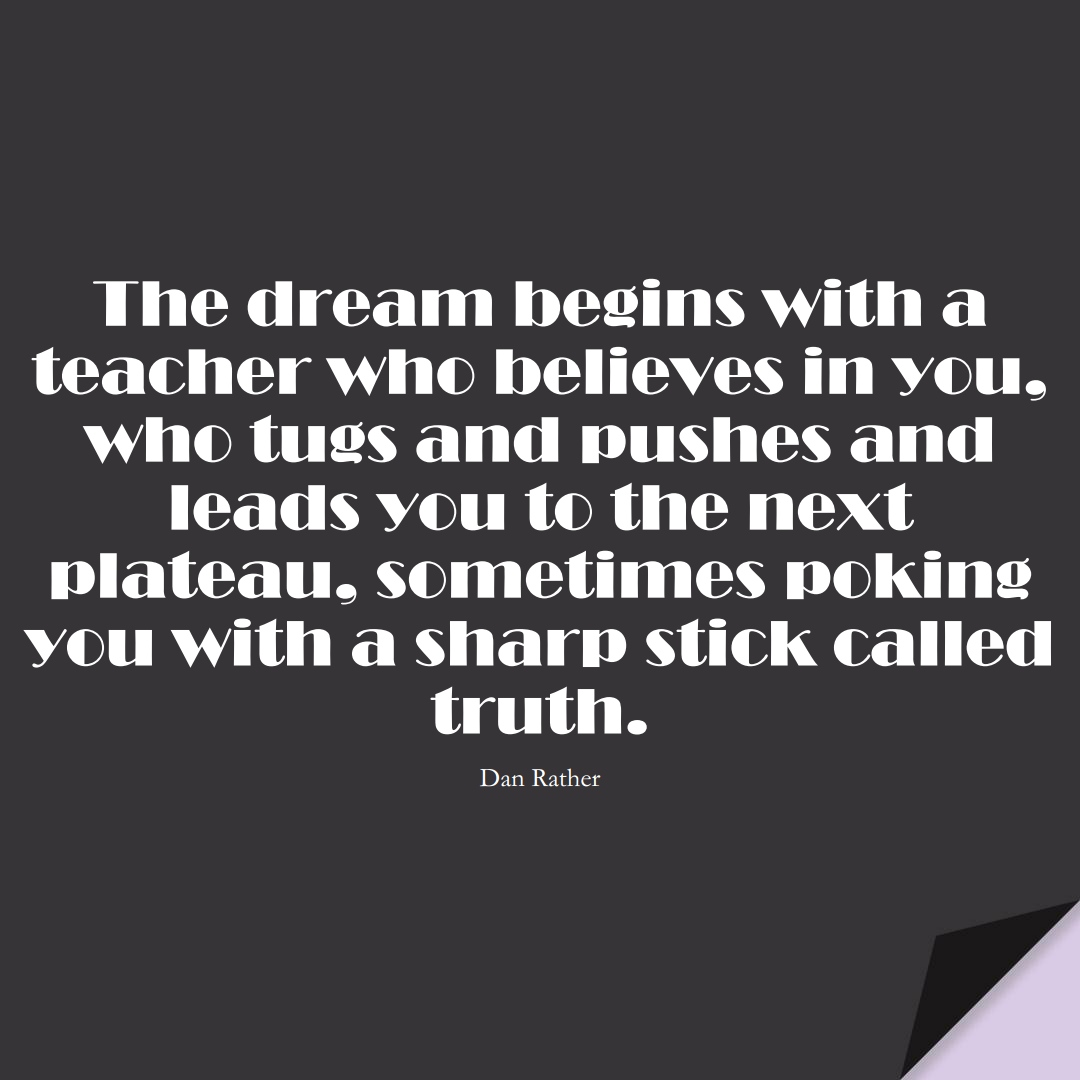 27. "You can teach a student a lesson for a day; but if you can teach him to learn by creating curiosity, he will continue the learning process as long as he lives." (Clay P. Bedford) Click to tweet 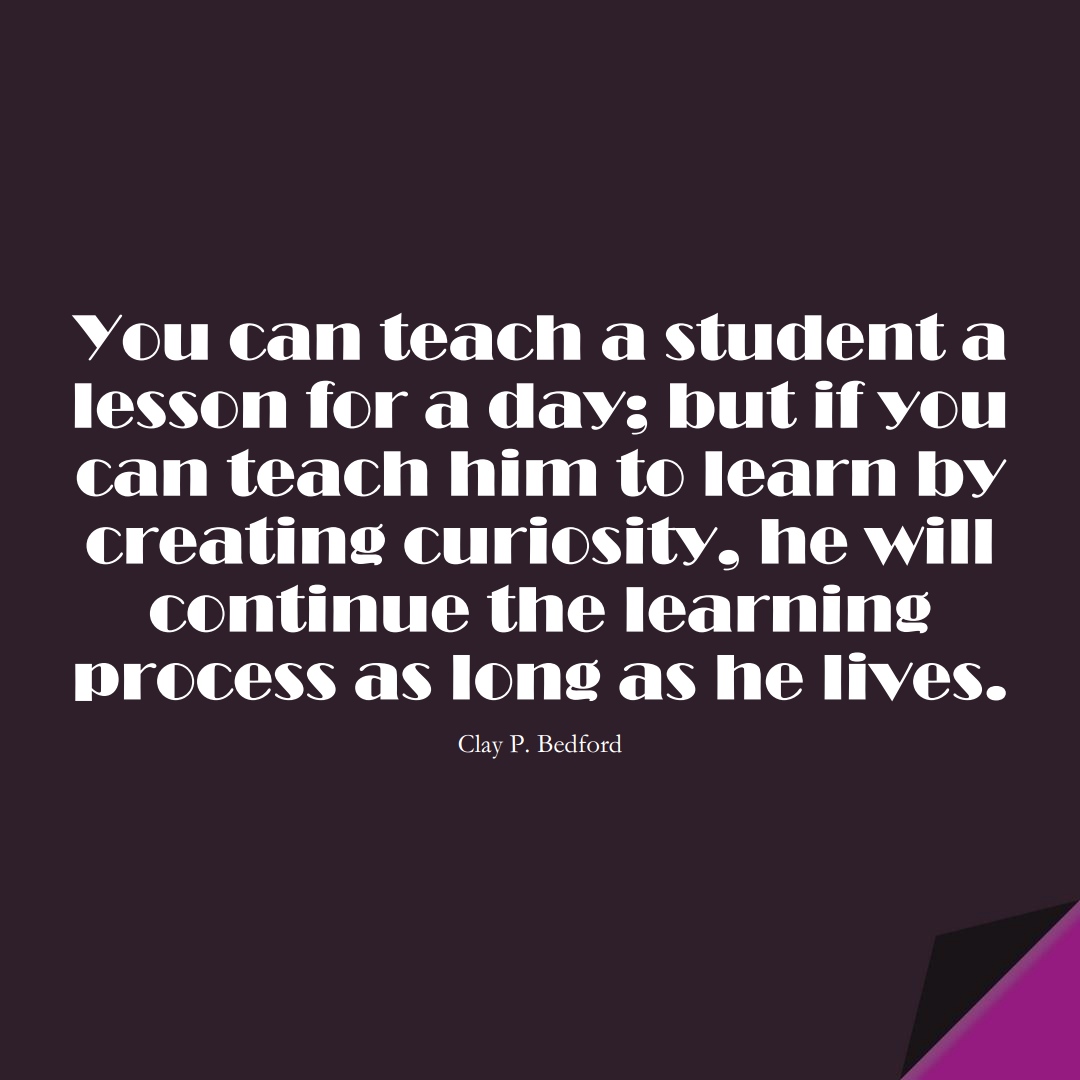 28. "There are two kinds of teachers: the kind that fill you with so much quail shot that you can’t move, and the kind that just gives you a little prod behind and you jump to the skies." (Robert Frost) Click to tweet 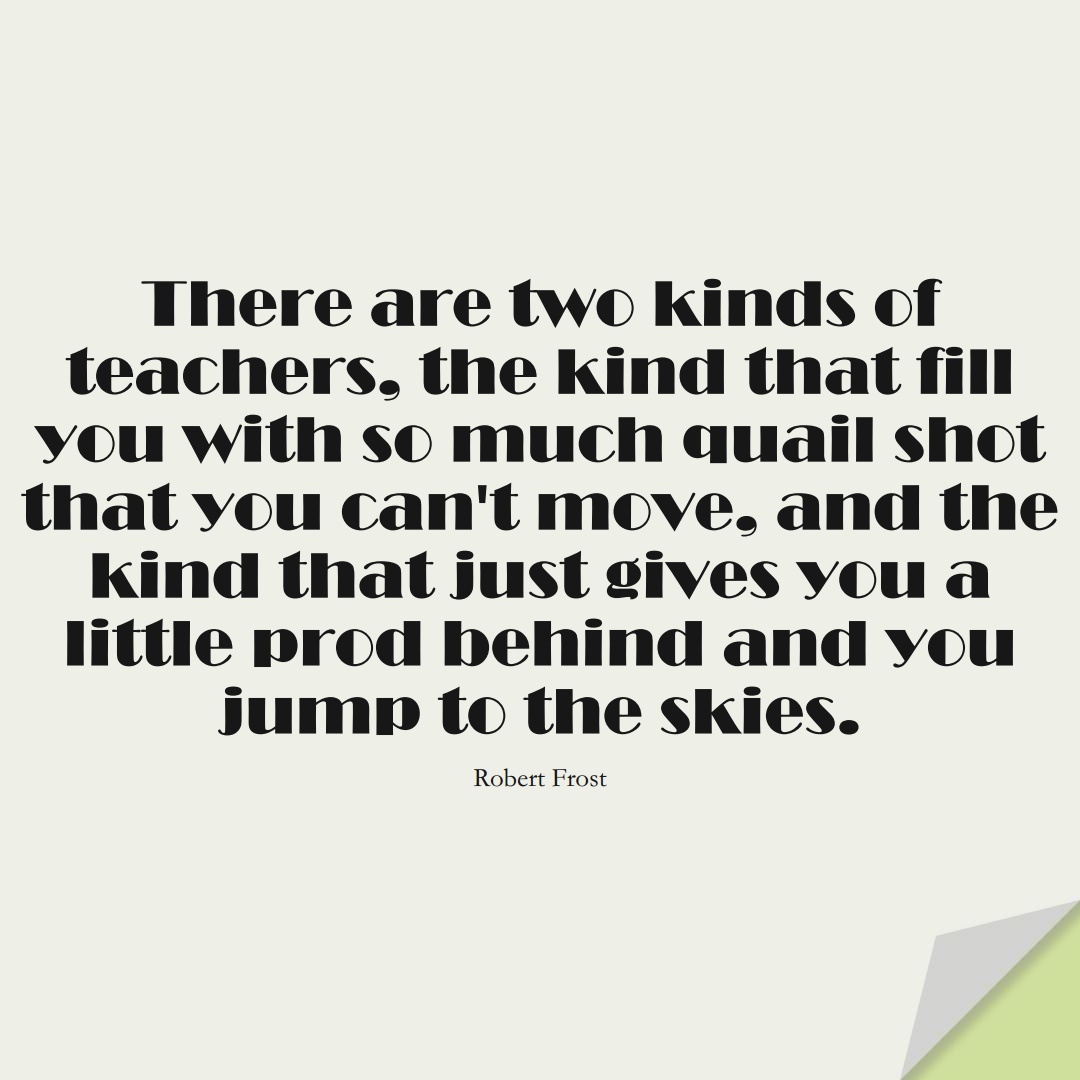 29. "The most important thing i think teachers can do for young people is to make them inquiring, is to ensure that they know how to gather information, that they check information and they take their information from a multiplicity of sources." (David Puttnam) Click to tweet 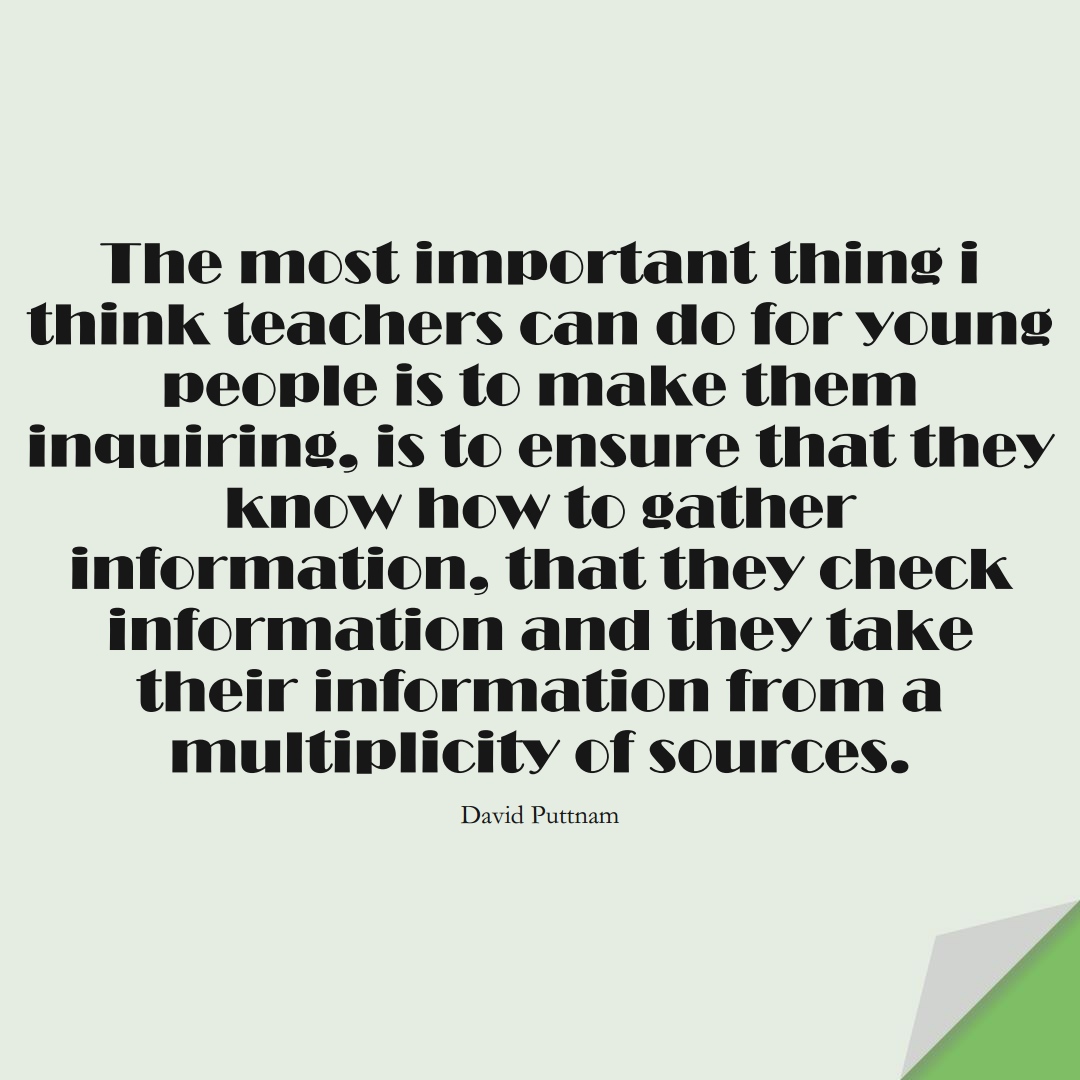